There’s something about autumn that makes me want to bake and eat pumpkin-flavored things. Apparently I’m not the only one who feels that way–when I went to buy some canned pumpkin, I had to go to three grocery stores before I finally found some! Looks like everyone is stocking up on it! And with the canned pumpkin that I finally found, I made this buttery pumpkin bundt cake, topped with my special Pumpkin-Cinnamon Glaze. My friends really liked the cake. Ann said, “I thought it was really good and the glaze is just right!” Others said it had a nice, light pumpkin taste and was great with coffee. Here’s the recipe if you want to try it…this good-sized bundt cake (made in a 12-cup bundt pan) makes about 16 servings.

In large bowl, cream sugar and butter together until light and fluffy. Add eggs, one at a time, mixing well after adding each egg. Add canned pumpkin and mix well; then add the milk and mix well. Gradually add the flour mixture from the other bowl to this pumpkin mixture and mix all ingredients well.

Spoon batter into a well–greased and floured 12-cup bundt pan. Bake for 50 to 60 minutes, or until toothpick inserted in center comes out clean (the original recipe says to bake for 55-60 minutes–mine was done at about 52 minutes). Cool 10 minutes and remove from pan, then cool completely before adding glaze.

Combine powdered sugar and butter, then add half & half and blend well. Add pumpkin and cinnamon, and mix until well-blended. Spoon over cooled pumpkin cake and let glaze set before serving.

This cake is hard to resist and a wonderful fall treat. Are you a fan of pumpkin-flavored goodies too?

Friendship Spiced Tea Mix has a citrus taste and is spiced with cinnamon and cloves. It’s so easy to make and you’ll have plenty of the mix to share with a friend!😊 I store the mix in my Fresh Joy Canister (shown in photo) from @marymarthahome and use their Fresh Joy Mugs to serve the tea in! Recipe is at the link below:
He is not here; He is Risen, just as He said.
For a quick and easy treat, bake up some Chocolate M&Ms Cake Mix Cookies! Use the seasonal M&Ms in spring colors! Recipe is on the blog at the link below!
For all you cherry tomato lovers, here’s the perfect quiche for you—Cheesy Cherry Tomato Quiche! This is a great way to use your garden grown cherry tomatoes in the summer too! Recipe is at the link below.
If you like sweet-and-salty snacks, you’ll want to make this Easter Trail Mix! You can package some up in treat bags to share too!😊 Recipe is at the link below:
Visited the new Freckled Hen Home store in Fayetteville, AR, which just opened this past Friday—so many great things for the home!
Here’s some breakfast comfort food that’s great for a weekend brunch—Cheesy Egg and Broccoli Bake! Recipe is at the link below!
Lemon-Blueberry Biscuits are great for a spring breakfast or brunch! They’re flavored with blueberries and topped with a sweet lemon glaze! Recipe is at the link below!
These Triple-Chip Strawberry Cookies are soft and chewy—and easy to make, using Strawberry cake mix! Recipe is at the link below:
The year’s at the spring
Now that the weather is warming up, I have Caprese Salad on my mind—fresh tomatoes, basil, and mozzarella make such a great combination! Recipe at the link below!
Happy St. Patrick’s Day! I should be posting something green, but on this spring-like day I saw this tree blossom and I thought I’d share the prettiness with you! I think it’s a magnolia blossom—does that sound right to you gardeners and landscapers? It’s so nice to see some flowers sprouting and trees budding—so glad that spring will be here soon! 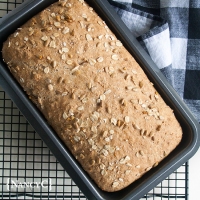 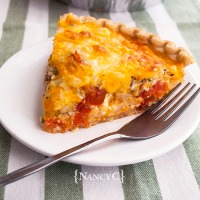